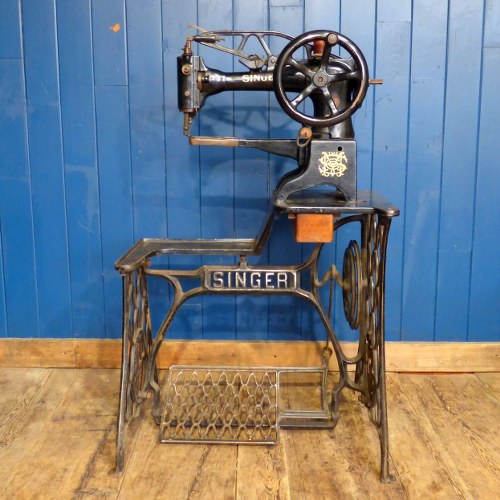 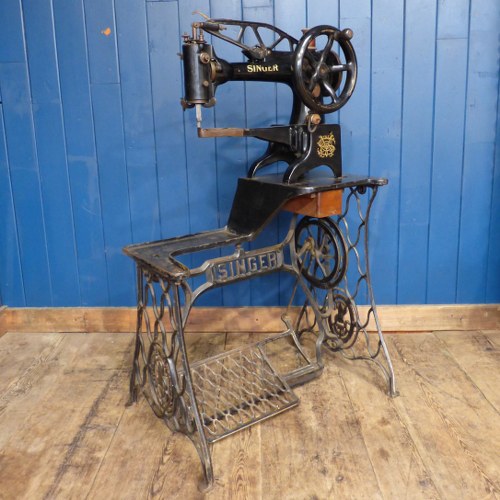 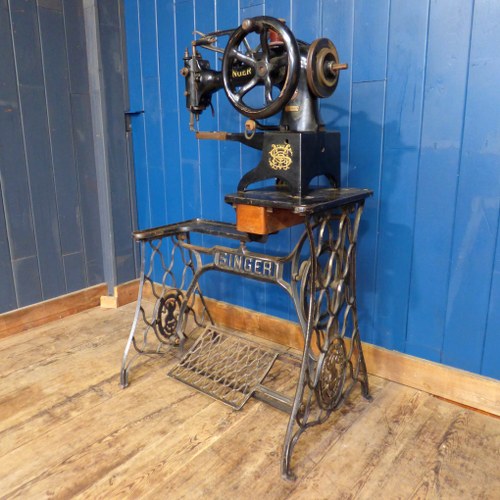 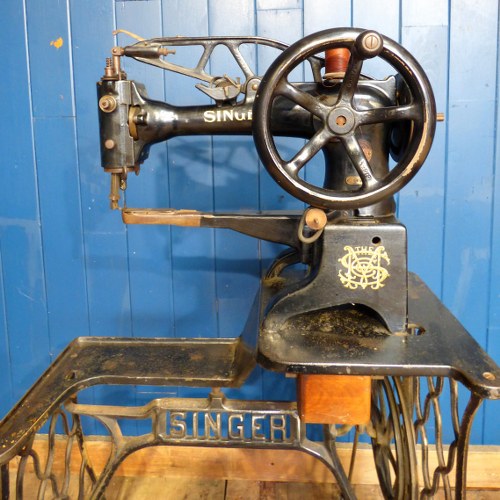 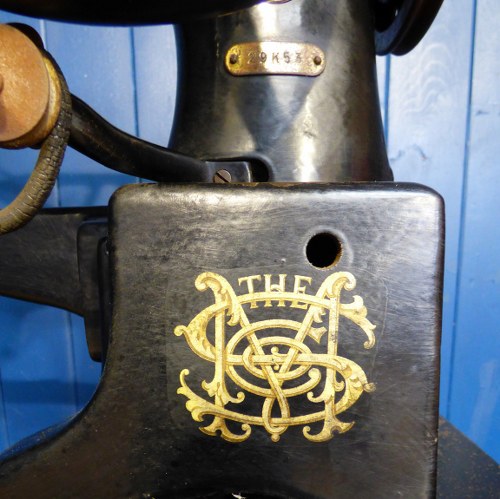 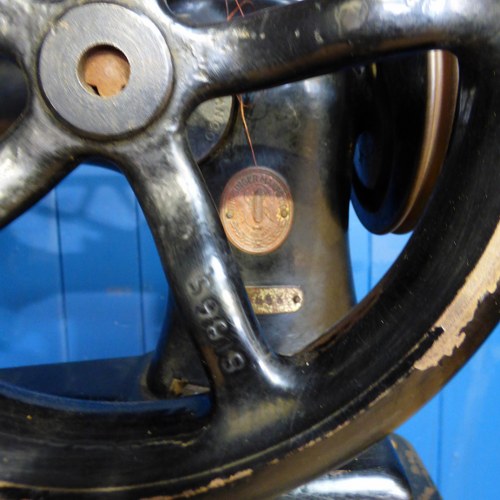 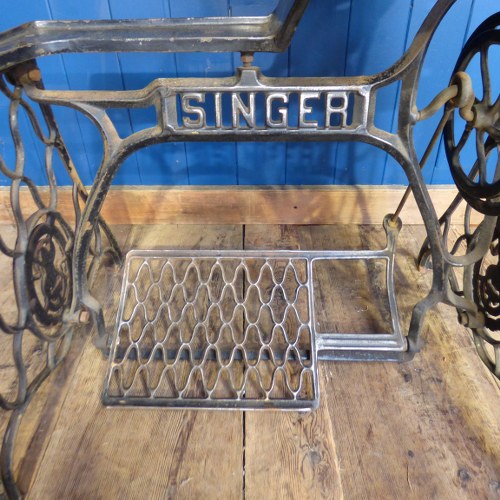 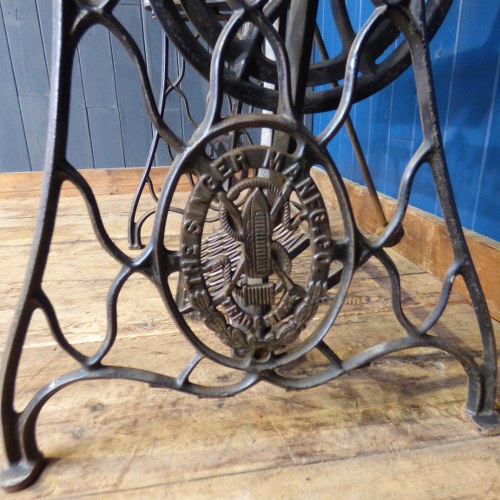 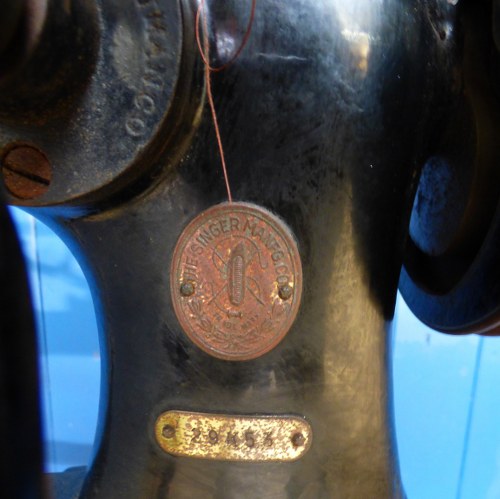 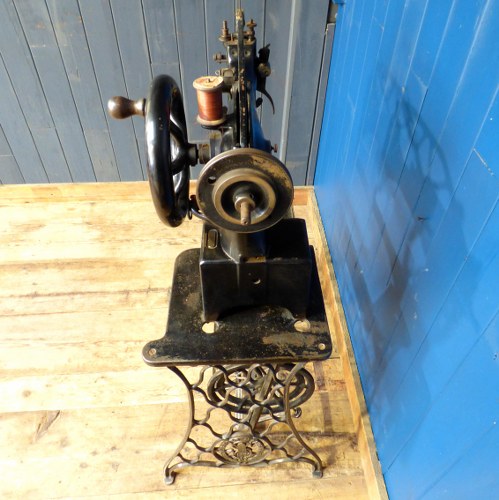 This beautiful Singer 29K53 'short-arm patcher' sewing machine is in fantastic original condition, and is equally well suited for practical or decorative use.

The Singer 29K was originally made for industrial use and was favoured by cobblers and other sewers working with goods such as gloves and bags. The machine’s narrow arm and revolving foot can sew in any direction. It has no underneath feed, instead a foot that walks the work through the machine. There is a small oil container in the middle of the machine to lubricate the thread.

The machine can be used to stitch leather, canvas, blankets, fabrics and other material such as rubber, up to a thickness of about 3mm. Spare parts are relatively readily available, and there are lots of instructional videos available on YouTube.

The pre-1970s Singer sewing machines were built to last. They were easy to use and straightforward. The Singer 29K machine is still being used in leather workshops and cobblers all over the world – an example of just how amazing these antique sewing machines are.

The Singer 29K was mainly manufactured in Singer’s Scottish factory in Clydebank. Singer initially set up a factory in Glasgow in the 1860s. The first factory was near Queen Street train station, but production soon outgrew the premises. Manufacturing was moved to Bridgeton, but again in time, the buildings didn’t meet the requirements.

In 1882, George McKenzie opened what was to become the largest Singer factory in the world at Kilbowie, Clydebank. Built above the plant’s middle wing was an iconic, huge clock tower – 200 feet tall, and with the name Singer clearly emblazoned on the front for all to see.

The completed factory covered almost a million square feet and employed some 7,000 employees, producing an average 13,000 sewing machines a week. As it was so productive, the US Singer company set up Singer Manufacturing Company Ltd as a UK-registered business. At its peak, the factory employed 16,000 people. The factory closed in 1980, and the buildings were demolished in 1998.